Estonia isn’t just Tallinn, so I thought I’d pick a town from the map and go on a day trip!

Well, the thought process was a bit more complex and involved a Google search for “day trip from Tallinn” but overall the decision was relatively quick, after checking that there would be public transport the following day and that travel time would be reasonable. Sadly, the weather forecast announced rain and snow, but that wasn’t going to stop me.

So Tartu here I come!
Located 2 hours from Tallinn by train, Tartu is the oldest town in the Baltic States, the second largest town in Estonia and the home of one of the oldest Universities in Northern Europe (dating back to 1632). It is associated with young love, intellectual inquiry, bohemian parties and cosy cafes. Not bad, right?

The town is quite compact and you’ll probably see all interesting sights in half a day – which is what I did, starting from churches and historic buildings, then onto semi-derelict houses and various sculptures, plus some unexpected street art. And stopping every now and then to drink ‘must kohv’ (black coffee). 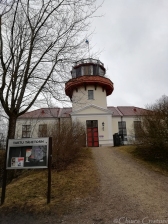 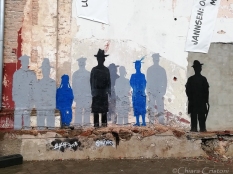 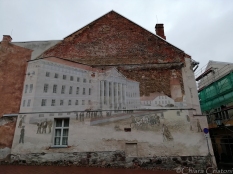 The main University building, built at the beginning of the 19th century, stands out thanks to its striking neoclassical style. As I walked past, I couldn’t help sneaking inside and checking out a few halls and exhibitions. 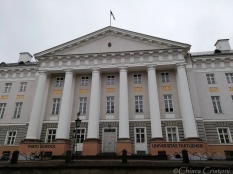 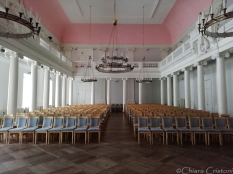 Inside the main University building

Around the corner is the Town Hall Square: this is the central square and since 1998 it has been adorned by the fountain of the Kissing Students, one of the landmarks of Tartu. On a rainy day the square doesn’t look particularly appealing but it’s supposed to be very lively in the summer. 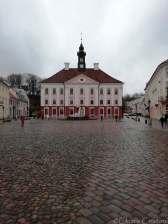 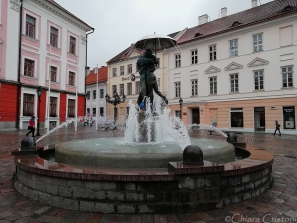 Fountain of the Kissing Students

Jaani Kirik (St. John’s Church) is an example of brick Gothic architecture and offers the opportunity of a panoramic view of Tartu, if you are willing to climb the short tower. 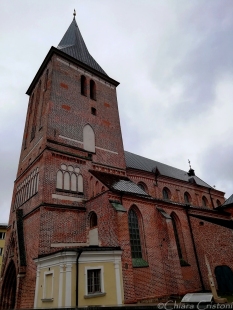 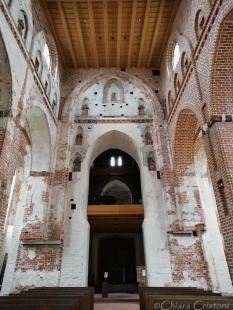 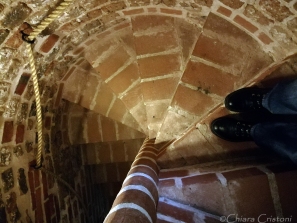 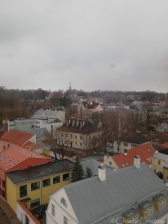 Tired of buildings? Why not just walking around then? The streets of Tartu are dotted with several sculptures and statues, from the most well-known ‘Father and Son’ to a number of lesser known ones.

One of them will cheer up your spirit: as you come out of the train station (or as you are going back in) you will come across this

If this doesn’t make you happy, I don’t know what will ;-)