A visit to Echternach, Luxembourg

Just over an hour by bus from Luxembourg City lies Echternach, the oldest town in Luxembourg.

I picked it over Vianden Castle (another popular destination for short trips from Luxembourg City) for no particular reason. Except that I was curious about crossing the border into Germany – just a walk across the bridge over the river Sauer – and back…

The border with Germany

Yet the main attractions here are the Abbey of Echternach, which was founded in the 7th century, and the Roman Basilica, rebuilt after World War II. The museum of the Abbey is only open during the summer, though, so I couldn’t visit. 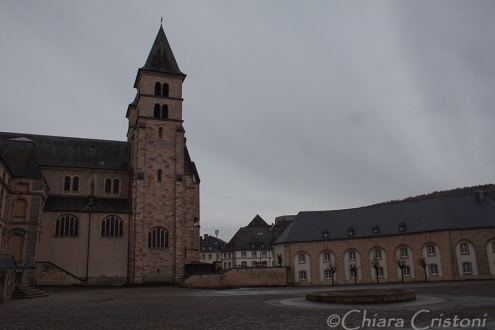 The Abbey of Echternach

The town itself retains a medieval feel, with its narrow streets, old churches, town walls, towers and a marketplace with a Gothic townhouse. This makes a stroll around very enjoyable. 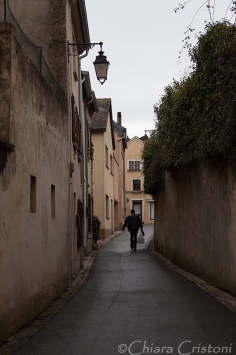 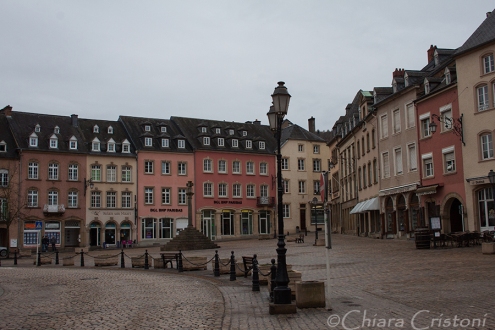 Echternach has also been recognised at European level for its cultural value: in 2008 it was rewarded by the European Commission as “European destination of excellence”. In 2010, the famous Dancing Procession that always takes place on Whit Tuesday became part of UNESCO’s Intangible World Cultural Heritage.

For the summer, there is also a lake and lots of opportunities for outdoor activities. Unfortunately a cold day wasn’t too suitable for that.

A lot going on for such a small place – really worth adding it to your to-do list for Luxembourg!