Dambulla, in central Sri Lanka, has the largest and best preserved cave temple complex of the whole country. Known as the Dambulla Cave Temple or the Golden Temple of Dambulla, it is made of around 80 caves, although only 5 of them are open to the public. Built at the base of a 160m-high rock, these caves have been converted into shrine rooms and contain statues and paintings related to Buddha and his life. There are a few statues of reclining Buddhas, up to 15m-long, as well as statues of standing and seating Buddhas. The whole complex is quite impressive and in 1991 it was declared a UNESCO World Heritage Site. 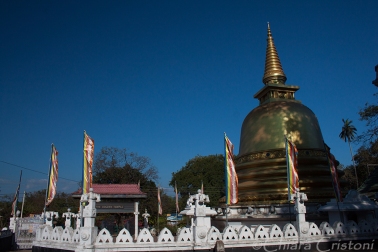 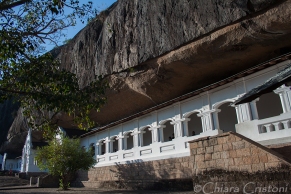 Buddha statue in the Cave Temple

Paintings in the Cave Temple

View from the Cave Temple 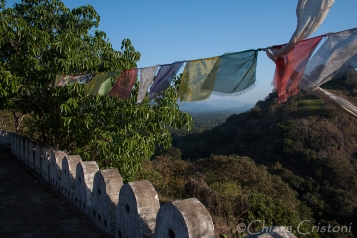 Outside the Cave Temple

Monkey at the Cave Temple

Monkeys grooming at the Cave Temple

Women walking down the hill from the Cave Temple

But there is more to discover in Dambulla than the world-renowned cave temple! This town also hosts the largest wholesale produce market of Sri Lanka, something that wouldn’t usually appear on a tourist wishlist but is actually a great place to see and photograph people. I spent over an hour there, going from feeling quite shy at the start (hundreds of men were staring at me as I walked around huge vegetable bags and trucks and started taking photos) to being pulled here and there as some workers really wanted to feature in my pictures! I ended up having really good laughs with some of them. 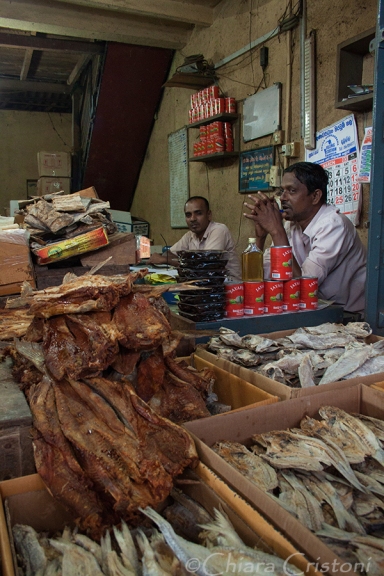 Fish at the Fresh Produce Market 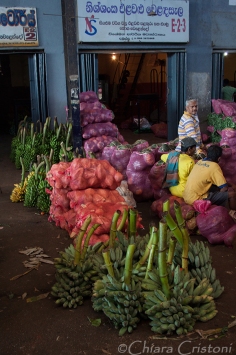 So allocate some time to Dambulla in your Sri Lanka trip, either as a stopover or as a daytrip from Sigiriya, and you won’t be disappointed!