On our way from Death Valley to Las Vegas, Rhyolite  and Beatty – both located in Nevada – were amongst our stops.

The road sign to Rhyolite ghost town is easy to miss. This town started in 1905 as one of several mining towns that appeared during the gold rush. Its fortune did not last long and by 1920 Rhyolite’s population had already dropped close to zero. The ruined buildings soon became a tourist attraction and set for movies.

Nowadays remnants of the Bottle House, the Opera House, the school, the hospital, the general store, and several other buildings offer great opportunities to photographers and ghost town enthusiasts. The surrounding mountains of Nevada contribute to the feeling of abandonment that characterises this place. 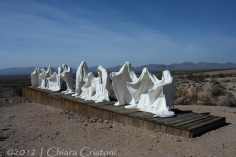 Beatty, the “Gateway to Death Valley”, is only 4 miles east of Rhyolite, and is a common stopover on the way to Las Vegas. The economy in this town is largely tourism-based and caters for those travelling between Death Valley and “Sin City”.

The wide and largely empty roads give you the feeling of a frontier town. There isn’t really much here: a handful of houses, a couple of pubs, a couple of motels, a small museum. And a brothel… Yet there were some good photo opportunities for someone like me, naturally attracted to quirky and/or solitary places. Apart from that, Beatty is a handy overnight stop where to break your long drive between the California and Nevada main tourist sites. 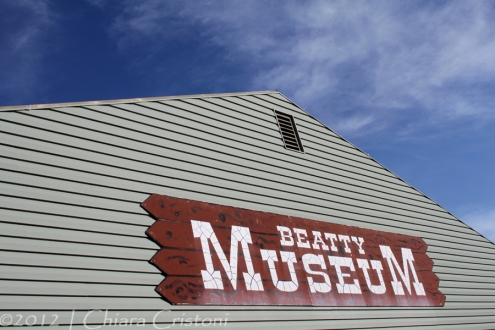 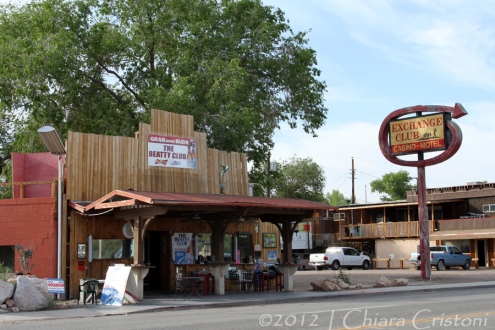